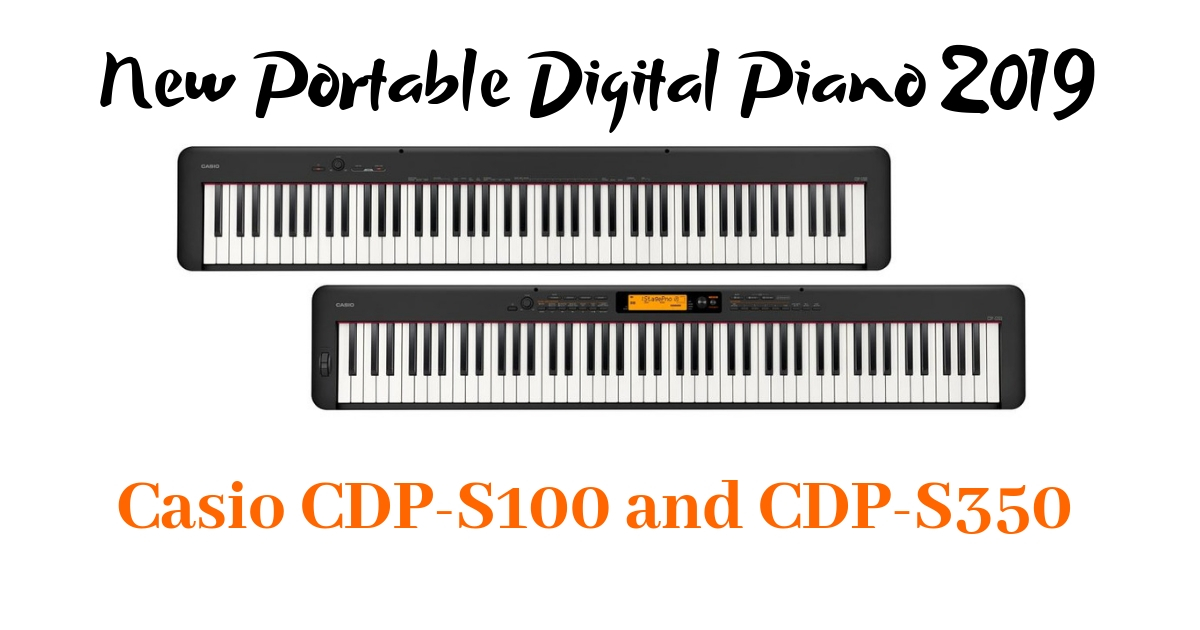 The CDP series from Casio has been around for a while. It stands for Compact Digital Piano and has some really good models. In 2019, Casio is adding two new models to the CDP line. They are the CDP-S100 and the CDP-S350. It is quite an exciting news since we are promised to see some new technologies on these new models.

The new CDP-S100 and CDP-S350 are said to to equipped with a new key action: Scaled Hammer Action II. We don’t know yet if that’s going to be a triple sensor action. But Casio has claimed that this new action will be more authentic and mimic closer the feel of an acoustic piano.

The keys themselves will be upgraded as well. The key tops will be covered with synthetic Ivory/Ebony materials.

If Casio delivers on their promises, this might be the best entry level key action on the market for 2019. However, it’s still too early to judge right now.

The two new models will have a brand new sound engine. It is said to have dynamic stereo source that is four times as much as resolution compare to the Dual-element AHL found on the existing CDP models. Both new models will have 64 polyphony number, which labels them entry level digital pianos. This could be a deal breaker for the more expensive CDP-S350.

Both models will have a more powerful speaker system as well. They both have 16 watt amplifier firing four speakers.

Based on the previous sound performance, I have high hopes for these two new models from Casio.

Casio is calling these two new models their most compact digital pianos. They are significantly smaller than the old CDP models and much lighter as well. Are they the most compact across manufactures? That’s yet to be seen in 2019.

To make them truly portable, Casio has redesigned the electronics so that they can be powered by batteries. The CDP-S100 is claimed to have 13 hours operational battery time and the CDP-S350 4 hours. This is going to be enormously convenient for gigging musicians and street performers. We will wait and see how market respond to these new features.

Differences between CDP-S100 and CDP-S350

There are obviously differences between the two new models. The CDP-S100 is a much cheaper entry level instrument with less voices and features.

The CDP-S100 does not have recording function while the CDP-S350 is capable to record 5 songs each with 6 tracks.

A pitch bend wheel and USB to device port will be another difference between the two.

If battery power is an important feature for you, the battery time is significantly different between the two model. The CDP-S100 has a 13 hour battery time while the CDP-S350 has only 4 hours.