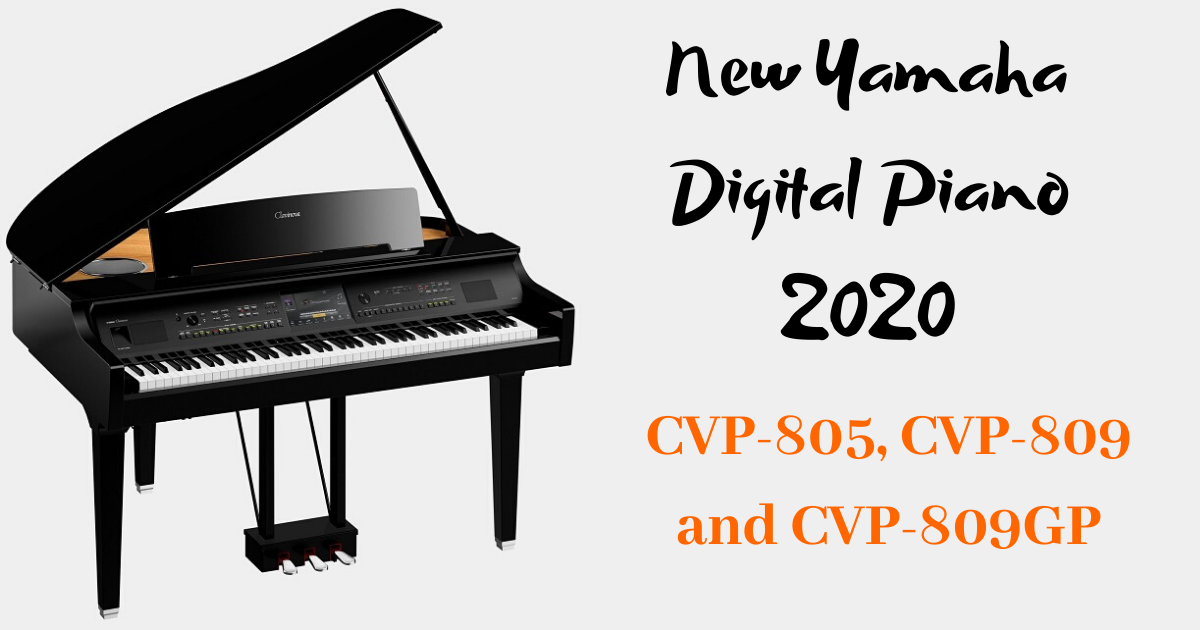 Anyone familiar with digital pianos must know the Clavinova from Yamaha. It’s the most premium product lines this famous manufacture can offer. Among the Clavinova, the CLP series is the most popular but the CVP is actually the most expensive models from Yamaha.

If you have the budget and is looking at the existing CVPs, you should be very excited to hear that Yamaha just launched three new models during NAMM 2020. They are the CVP-805, CVP-809 and the CVP-809GP.

The three new models are marketed as ‘The most entertaining Clavinova ever.’ After looking at the specs and features, I might agree with what they claims here.

The previous CVP-700s are equipped with Yamaha’s NWX (Natural Wood X) key action. It was the best key action in Yamaha’s arsenal when they were launched and is still a very solid key action by any standards.

However, Yamaha later revealed a new action called GrandTouch. Now with the introduction of the new CVP-800s, we get the best key action of Yamaha again.

There are many similarities between the GrandTouch and the NWX. They have the same Ivory/Ebony key tops, escapement and wooden white keys.

The one major advantage of the newer GrandTouch is the longer keys. The larger distance between the edge of the keys to their pivot point means it’s more smooth and lighter to push the keys down and the feel gets closer to an acoustic grand piano.

The old CVP-700s are from 2015. Although these models have the same CFX sound engine as the newer CVP-800s, Binaural Sampling is a welcomed addition. It creates a three dimensional listening experience through headphones. We have a taste of this technology on other current generation Yamaha digital pianos, like the P-515, and it really adds to the immersion.

The newer CVP-800s also include even more voices and features to the already impressive list of its predecessor. It comes with more than a thousand voices, hundreds of presets and a huge musical library.

Additionally, the new models also come equipped with Bluetooth and that help expand its functionality even further with the App ‘Smart Pianist’.

Differences Between The Models

The differences do not end with the look. The CVP-805 has a smaller display (7” vs. 9”) and it comes with less voices and presets.

Another major difference lies in the speaker system. While the CVP-805 has a more traditional 4 amplifiers (130W) with 4 speakers, its bigger brothers have a much more sophisticated system. The CVP-809 and the CVP-809GP both have 7 amplifiers (260W) firing 7 speakers. This is a huge advantage and it alone should be a significant consideration.

All the new CVP-800s are now available in both EU and US market.

These are indicated price from Yamaha. The actual market price will be different and you should check with your local retailers.